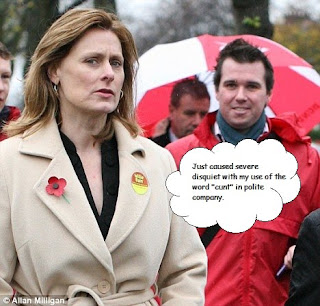 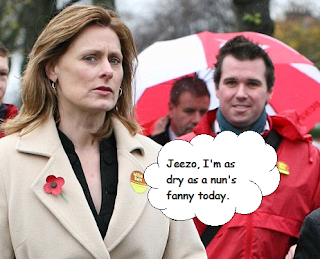 After Mark and Bruce got sacrificed on the high altar of hypocritical hacks last year for saying that dreaded c word, you'd think Mark, at least, would be prepared to indulge in some well earned Schadenfreude on young Stuart MacLennan.
Yet:
"It's incredible to me that we are still stuck in this bizarre white bread existence that never was; a land where people aren't allowed to swear, make mistakes, be rude, or perish the thought, express painfully honest opinions. Where those who seek public office are expected to have sprung fresh from a virginal mother's womb, untainted, sporting action man genitals and lead wholesome lives never causing trouble and only visiting us as a precursor to sainthood."
Nice one Mark.
I liked a couple of Stuart's Twitters and have repeated them above.
I'll never be able to stand for the Labour Party now...
Posted by Conan the Librarian™ at 20:33:00