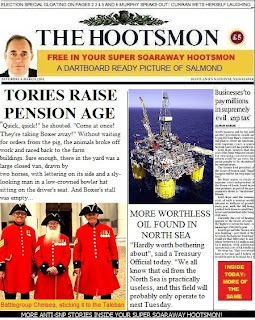 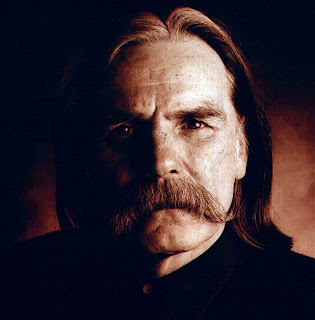 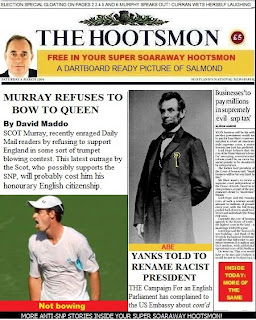 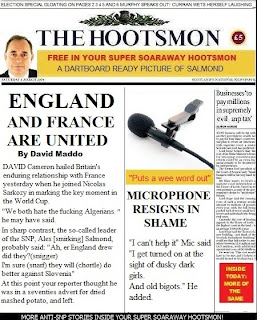 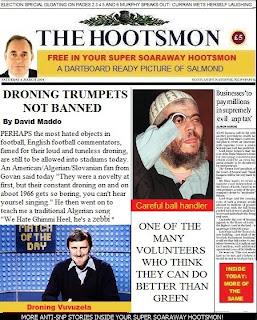 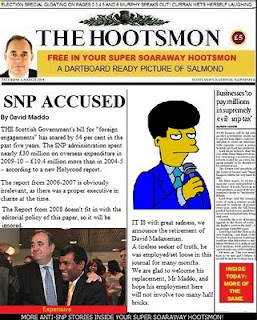 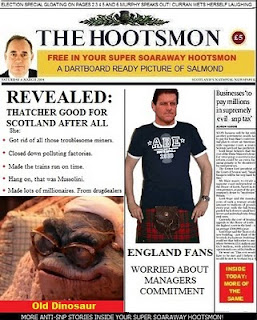 Lord Sanderson has been appointed to chair a review into why the Conservatives did so badly in the general election north of the Border, winning only one of Scotland's 59 Westminster seats.

Maybe appointing him says it all? 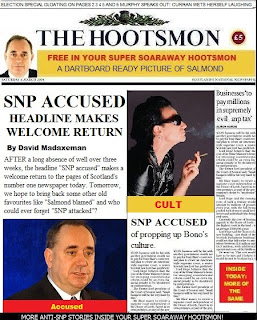 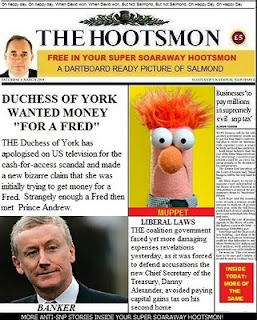 My first Hootsmon for a while. As I said in the 11th of May er "edition", many political blogs that were started out of sheer frustration, have nothing left to say now and are slowly tailing off.
Yet in Scotland, as always, the struggle goes on. Labour voters came back to the fold in their thousands, thanks to the spectre of the Tory wolf, and the bleating unionist cries of
"We're too wee! We're too poor!"
Once more into the breach, dear friends, once more...

PS forgot to say thanks to Rab for the idea of Alexander as Beaker.
Posted by Conan the Librarian™ at 09:15:00 8 comments: