Conan P.I. The Heart of Darkness. 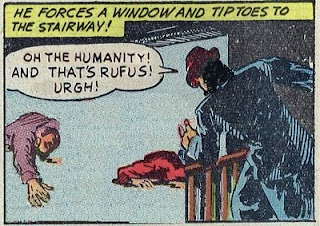 Conan had arrived too late...whatever schemes both Unionist gangs had laid were now as dust.

The long hours sharing smoke filled rooms with the likes of AM2, sm753 and Rufus T. Firefly, deep below the dark and forbidding Scotsman building had-finally-had their effect.
The normally imperturbable librarian turned private investigator looked around in horror.
Smashed and overturned computers mingled inextricably with pizza boxes, empty crumpled cans...and the eviscerated bodies of several pony-tailed, middle aged men.
But one workstation remained.The only damage done seemed to be the broken chains hanging from the wall.It's soft drink cans were still in alphabetical order; the wastepaper basket stood upright, it's load of wadded kleenex intact.
The creature sheathed it's gory knife, and turned to face him.

Niko was no more...in his place was the Anti-Hero known as Union Jack the Ripper. 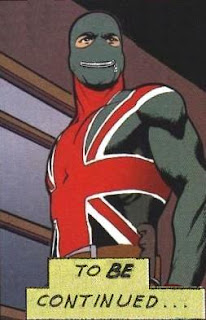