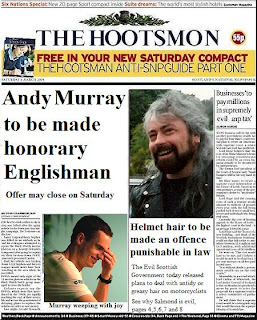 "We will have a dartboard in the office tomorrow with Murray's face on it."
Posted by Conan the Librarian™ at 19:41:00